On average a cyclise or motorcyclist is killed or seriously injured every hour on British roads. Named among the most dangerous roads in teh UK for bikers, the A82 contributed significantly to this statistic with frequently high numbers of accidents involving those on two-wheels.

In total, almost 20,000 injuries were resulting from motorcyle crashes in the UK last year with motorcyclists being 63 times more likely to be involved in a fatal crash than other road users. Cyclists and motorcyclists account for nearly 4 in 10 of all deaths and serious injuries on British roads, a total of 9,740 in 2017. So, what factors result in such a disproprtionate number of motorcyclists being injured and killed on our roads?

What are the most common causes of motorcyle accidents?

Potholes and poor road surfaces are responsible for a significant number of crashes and are particularly dangerous for motorcyclists - who are far more liable to crash following hitting a rough patch in the road compared to cars and larger vehicles. Road defects are often impossible to spot before the moment of impact, meaning that crashes resulting from road defects can often be fatal.

Turns in the road

9% of motorcycle accidents take place on bends. This is significantly higher than the 6% of car accidents that occur on bends. Due to their less stable design, motorcycles are susceptible to skidding when a bend is taken at high speed. Riders driving on unfamiliar roads can easily misjudge bends and find themselves involved in a crash. When driving on unfamiliar roads, it is always advised to exercise extra caution.

37% of bikers injured are aged 25 and under. Being a competent rider takes experience, and younger riders are significantly more likely to be involved in accidents. Inexperienced riders are advised to stick to riding only in good weather conditions and to avoid travelling at high speeds until they are comfortable with their bike.

While 83% of motorcyclist accidents last year actually took place in good weather conditions. Bad weather undoubtedly plays a role in many accidents. Wet weather is particularly dangerous to those on two wheels, as the risk of skidding dramatically increases. The number of accidents recorded spike significantly in wet weather.

Being located in a part of the country where the weather is often detrimental to road conditions and the number of bends on the A82 it should perhaps come as no surprise that it has been made as one of the most dangerous roads in the UK for cyclists and motorcyclists.

Can these accidents be prevented?

Many have called on the government to take action to repair roads in which road accidents consistently occur. However, with two thirds of bike accidents occurring on rural roads, it is a huge undertaking to make all roads safer for motorcyclists, and it remains the responsibility of the rider to protect themselves as much as possible.

How we can help?

If you have been involved in a motorcycle accident that wasn't your fault, get in touch with the specialist personal injury team at Calio Claims today. We can help you get the compensation you deserve to help you move on with your life.

Our team will guide you through the claims process, ensuring you are fully informed every step of the way. We will be upfront with you about the likelihood of the success of your claim and whether we can work on a no-win, no-fee basis.

To speak to a solicitor who can help you claim the compensation you deserve, call us now on 0800 988 8082 or complete our online enquiry form and a member of our team will get back to you right away. We look forward to helping you. 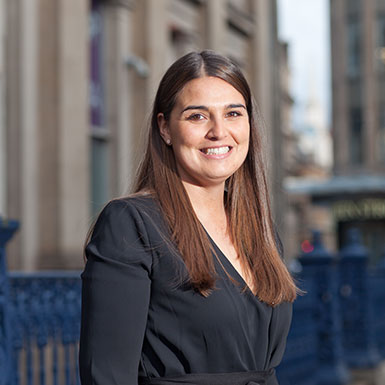