What do I need to prove?

The distinction between primary and secondary victims was first made explicitly by the Courts in a 1992 decision which related to cases raised by relatives of victims of the Hillsborough disaster.

This case set out the criteria which a secondary victim must satisfy to be successful with their claim. This is as follows:

The Court defined what was meant by shock. It was held to mean the “sudden appreciation by sight or sound of a horrifying event, which violently agitates the mind. It has yet to include psychiatric illness caused by the accumulation over a period of time of more gradual assaults on the nervous system”.

The most recent case where this issue was considered in Scotland involved a witness to the bin lorry crash in Glasgow. In this case, Danielle Weddle claimed for psychiatric injury due to her being in the immediate vicinity of the bin lorry crash which sadly took the lives of six people. She witnessed the aftermath of the accident. Ms Weddle could not be classified as a secondary victim because she did not have a “close tie of love and affection” with any of those killed in the crash. To be eligible for any damages, she had to establish that she was a primary victim. She had to prove that there was a reasonable fear of physical harm. She failed to do so in this instance and was not awarded any compensation notwithstanding the fact that this was undoubtedly a traumatic event.

In an English case involving clinical negligence, a mother (the claimant) satisfied the test for secondary victims and successfully obtained damages at Court. The facts of the case are very sad. The claimant’s son suffered from acute hepatitis negligently not diagnosed or treated by the hospital. The mother was woken by her son who had a fit at 3am and went into a deep coma. He suffered severe brain injury as a result despite his mother being told at 4:45am that he would be fine. He died in his mother’s arms around 36 hours later. She suffered from pathological grief reaction. The Court held that the horrifying event was seamless from the point of fit until death and that this violently agitated the mother’s mind.

How can we help?

To discuss your specific circumstances with a member of our understanding team, call us on 0800 802 1318 or complete our online enquiry form and we will get back to you right away. 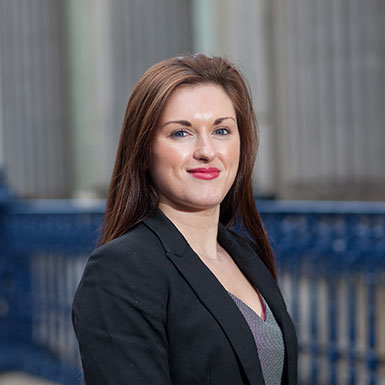