What happens to a claim when a person dies?

If you have lost a child, spouse or other close relative as a result of an accident or illness caused by a third party, you may be entitled to claim compensation.

What happens to a claim when a person dies?

While thankfully it is a rare event, there are occasions when a client involved in a personal injury claim passes away before the claim is resolved. The future progress and direction of the claim after that depend upon several different factors.

In this guide, we provide answers to some of the most frequently asked questions as to what would happen if a pursuer died during the claims process.

Please be aware that every case is different, and it is important to discuss all issues with a specialist personal injury solicitor. At Calio Claims, we are here to provide you with advice and support concerning any potential claim.

Do not hesitate to contact us for advice and support with your case. Call us on 0800 988 8082 today or complete our online contact form.

In practice, the Executor will usually take soundings from the immediate family and other interested parties, including perhaps the beneficiaries of the deceased's estate before deciding on whether to continue with the action.

If a court action has been raised, the solicitor will make an application to the court requesting that the Executor is replaced as the party to the action, in place of the deceased.

Duties of an Executor

The primary duty of the Executor is to act in the best interests of the deceased. If the claim is ultimately successful, any award made will fall to be added to the estate of the deceased. Thereafter, the funds will be distributed in accordance with the wishes of the deceased as outlined in the Will. Any costs incurred in pursuing the claim can be charged to the deceased's estate.

It is, of course, possible that the reason for the deceased's death is wholly or partly associated with the injury sustained by the deceased, which is the subject of the existing claim.

For more information on these claims, please refer to Loss due to the death of a loved one.

Assuming that the Executor or Executor Dative have confirmed they wish to continue with the deceased's claim, there are various factors they would want to take into account when considering the likelihood of success in such a claim. One of them, is, of course, the Defender's position in relation to this matter.

Under the usual rules of evidence, all facts concerning any case require to be established by a witness or documentary evidence. If such evidence is not available due to the passing of the Pursuer, then it inevitably will make it more difficult for the case to be proved. There are occasions when the Pursuer, knowing they were dying, may have prepared an Affidavit which essentially is a sworn written statement of their evidence relevant to the case which can be relied upon by the court.

Given inevitable costs involved in litigation, an early decision must be made by the Executor about whether the case ought to proceed and is likely to be successful. The early decision-making process will involve reviewing all available evidence and the quality of it to assess whether it is enough to establish the claim which of course must consider the fact that the Pursuer has passed away. At the end of the day, the court will not be able to consider evidence relevant to the claim if it is not presented in accordance with the rules and evidence of procedure.

From a practical perspective, the decision about whether to continue with the claim generally will be after a review of all the evidence and considering the likely value of the award. It is likely that if the claim has a relatively modest value, the Executor will decide that the costs associated with continuing with the claim outweigh the rewards of being successful. If several beneficiaries are entitled to recover from the estate and therefore benefit from any successful claim, then again consideration of the value will be an important part of that process. Their views will likely be sought.

Should you have any queries in relation to this matter, please do not hesitate to contact a member of our team

“It was a long process to settle the CICA claim for Parwaze. I was impressed with the thoroughness and perseverance Alasdair Wannan showed in assembling all the medical and other experts to value all aspects of the claim. I was happy to follow his advice to accept the maximum award under the Scheme to avoid the lengthy and expensive CICA appeal process. 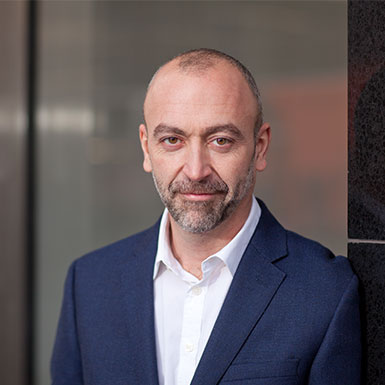